SUGAR AND HEALTH SYMPOSIUM A SUCCESS

The country’s poverty levels are on the rise, a situation which has direct impact on the food price affordability for families who are struggling to make ends meet.

This is one of the messages that emerged at this year’s Sugar and Health Symposium hosted by the South African Sugar Association (SASA) in Stellenbosch last month. The theme for this year’s symposium was “Prices, Processing and Practice”. According to SASA Senior Dietitian Wendy Girven, the symposium zoomed in on the nutritional impact of prices, food processing and how to effectively communicate to clients what they need to hear.

“In 2015, nearly two-thirds (64.2%) of black South African households lived below the poverty line. In 2016, nearly one-third (27%) of South African children under the age of five years are stunted,” said Dr Julie Smith, the Research and Advocacy Officer at The Pietermaritzburg Agency for Community Social Action (PACSA). The PACSA Food Price Barometer tracks the monthly prices of the foods in the trolleys of low-income households in Pietermaritzburg. It is specifically designed to measure food price inflation as experienced by households living on low incomes. 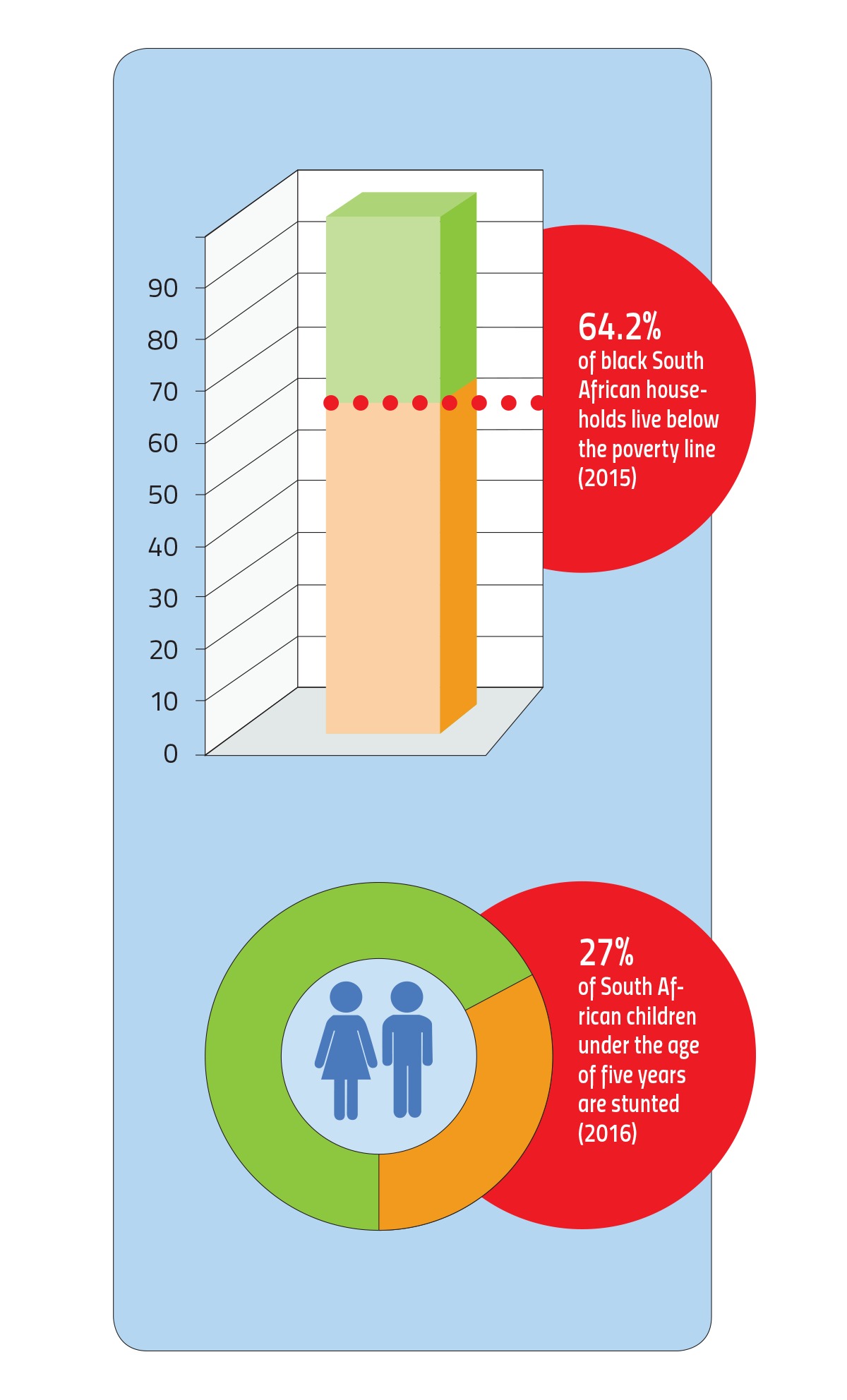 “Food availability is not generally a problem. Even with the drought, we have enough food on our supermarket shelves.  The problem is food price affordability. We do not have enough money to buy the food we need. We locate the problem not as an agricultural one but as a political and economic one. We analyse food prices through the lens of affordability,” said Dr Smith. She added that the country’s economy was not creating enough jobs, and the jobs the country has paid the majority of the workers poverty wages. Even the social grants were set at poverty levels, she pointed out.

Dr Smith identified the following as to what happens as a result of affordability crisis:

It means: the food budget is low and households underspend on food, food runs short before the end of the month and women absorb these food shortfalls in their bodies and by taking on more debt.

Other presenters at the symposium were dietitian Philippa Barnard, National Department of Health Director of Nutrition Rebone Ntsie, professional natural scientist, food scientist and consultant Nigel Sunley, and nutrition and dietetics consultant Megan Pentz-Kluyts. Ntsie presented on the Department of Health’s National Guide for healthy meal provisioning in the workplace. The guide emphasises that constant messages on healthy eating and the provision of healthy meals in the workplace are important to promote health and wellbeing in the workplace, and to support employees to make healthy food choices.

Barnard’s presentation was titled “The Cost of Dietary Diversity: A Balanced Minimum Food Basket”. She provided an overview of the PACSA balanced minimum food basket, a menu and shopping list that are culturally acceptable and nutritionally adequate for the target group, as well as highlighting the consequences of low dietary diversity beyond micronutrient deficiency.

In Pentz-Kluyts’ presentation, she discussed stages of behaviour change, factors influencing the process and how to overcome obstacles to behaviour change with clients.  The symposium delegates were involved in a practical activity to discover what type of learner he/she was. Pentz-Kluyts then provided activity suggestions for effective communication specific to each learner type.

Sunley spoke about sugar replacement – the why’s, what’s and how’s. He pointed out that sugar replacement was not easy but was feasible in many instances with varying costs and product acceptability implications. “Sugar performs three essential functions in food – taste, physical functionality and microbial safety and other functional properties include texture development in baked goods, fermentation substrate in leavening, carmelisation, maillard reaction, texture generator in sugar confectionery, dispersion, foam stabilisation and mouthfeel. Replacement of sugar with non-nutritive sweeteners replaces sweetness but does not replace physical functionality and anti-microbial action of sugar (other carbohydrates eg. polyols, need to be used for this) and there are some suggestions that non-nutritive sweetener consumption does not reduce obesity incidence,” he explained.