The New York No 11 July 2020 contracted expired at 11.84 US c/lb on 30 June 2020. The markets attention was drawn to the tonnage delivered to the July 2020 Tape. Many market participants expected the July 2020 delivery to be in excess of 1 mmt due to the weak July 2020 – October 2020 spread. To the markets’ surprise, only a mere 243 000 tons was delivered to the Tape. The delivery consisted entirely of Centre South (CS) Brazilian raw sugar.

As displayed in the chart below, this was one of the smallest deliveries against the New York July contracts. According to Czarnikow, despite the weak July 2020 – October 2020 spread, the potential demurrage cost from the vessel line in Brazil was seen a disincentive to deliver sugar to the July 2020 Tape. 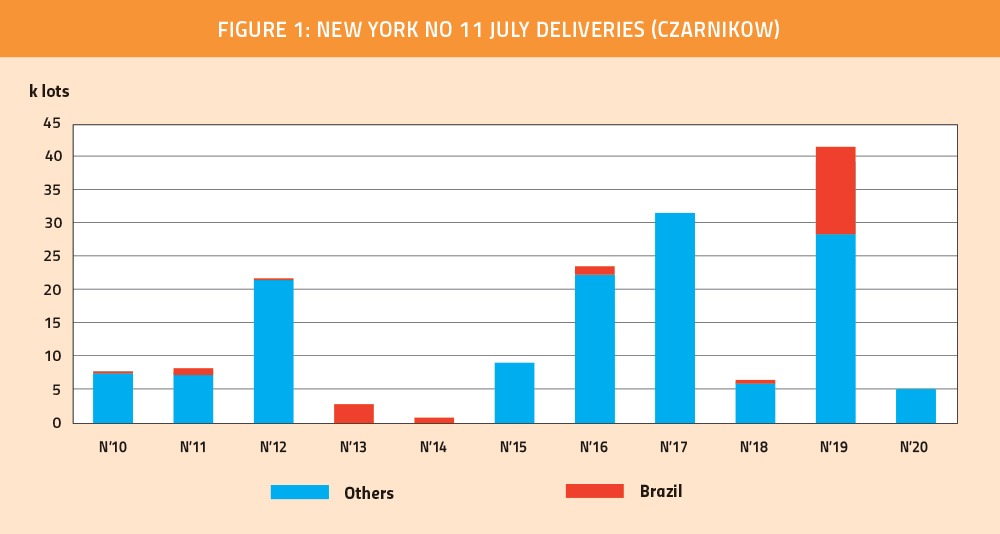 Production numbers out of Brazil continue to remain strong. According to UNICA, sugar production increased by 48.7 % when compared to the previous season as at the end June 2020. The Brazilians have increased their sugar mix to 46.4 % in the 2020/2021 season, which has resulted in year to date sugar production of 13.3 mmt. The trade foresees a continuation of these strong production numbers due to weak ethanol parity. According to Kingsman, sugar will remain more profitable than ethanol along the forward curve. As displayed in the chart below, the gap between sugar and ethanol is expected to close towards the end of the year, which will raise the floor price of sugar.

The high production from Brazil has been met with solid raw sugar demand from refiners in the Far East. Brazilian exports to Indonesia has increased considerably over the past few months, displacing sugar from Thailand. With Thai sugars trading at exorbitant premiums, their exports to Indonesia have reduced from 64 % in quarter 1 of 2020 to 39% in quarter 2 of 2020. Brazil are not the only sugar producing country to benefit from the lack of Thai exports to Indonesia. Quarter 2 of 2020, marked the arrival of Indian raws to Indonesia, which according to Kingsman, could set a precedent for what could become a significant destination for Indian raws in the future.  Kingsman estimates Indonesian raw demand of 5.6 mmt for 2019/2020 season (October – September Basis) which would represent a 1.1 mmt increase in demand when compared to the previous season.

Indonesia will be a highly welcomed export destination by India, given their production outlook for the upcoming season. The Indian crop for the 2020/2021 season is expected to exceed 30 mmt tons due to a strong southwest monsoon and increased acreage. The market expects 6 mmt of sugar produced in the 2020/2021 season to be exported to the world market. Kingsman have suggested that Indian exports onto the world market would need to be supported by an extension of the export subsidy into the 2020/2021 season. Based on current market dynamics, the New York No 11 contracts would need to trade to 19 US c/lb for Indian sugars to hit the export market without the implementation of a subsidy. 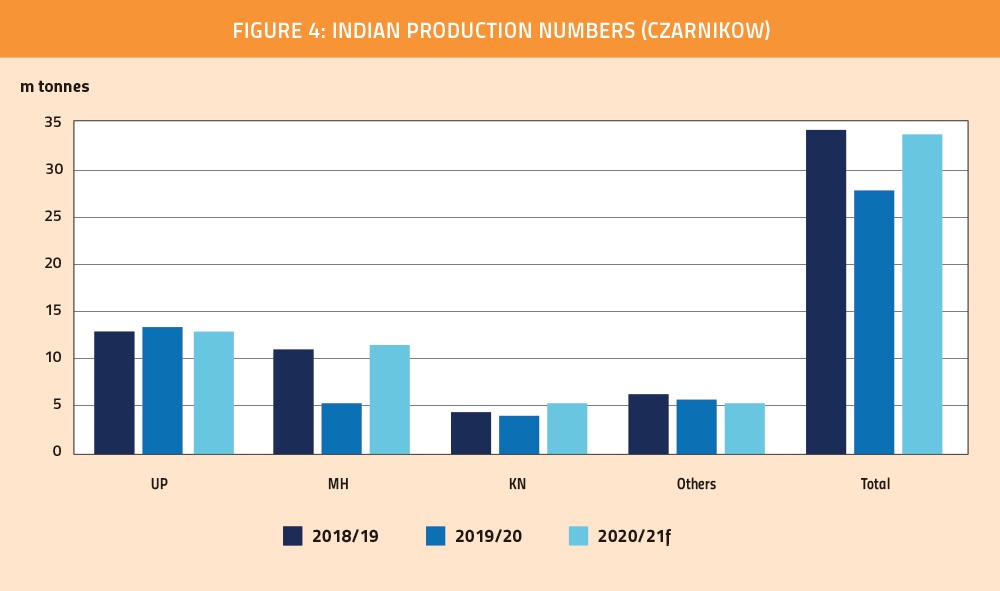 The upcoming EU crop for the 2020/2021 season is reported to be under pressure due to a crop disease outbreak. According to a recent report on Bloomberg, growers in the EU have had to contend with the spread of beet yellows virus. Transmitted by aphids, it could cut sugar production by as much as 25% in France and even more in Germany, if conditions do not improve. Farmers in the EU have found it difficult to fight off this disease due to the European Union ban on using neonicotinoids.

Fundamentally, the market remains sugar heavy in the 2020/2021 season due to monster crops out of Brazil and India. The lack of fundamental developments has led to a flat market during the first weeks of July 2020. The front month contract, October 2020 has struggled to gain momentum since the start of July 2020. The contract traded to an intra- trading day high of 12.29 US c/lb on 8 July 2020. This level was met with strong lateral resistance with the contract settling at 12.08 US c/lb on the day. The October 2020 contract has since settled below the 12.00 US c/lb mark. 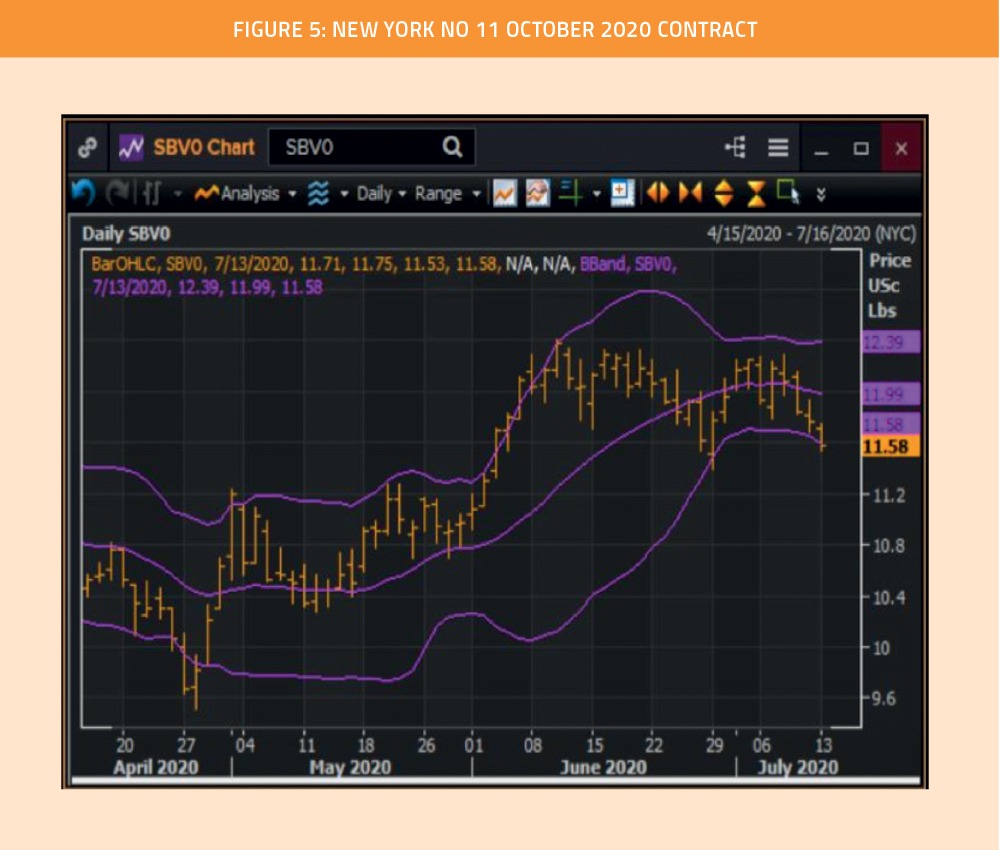 Geran Ranganthan is the Export Manager at SASA