The South African Farmers Development Association (SAFDA) and the Department of Agriculture and Rural Development conducted a successful oversight visit to the distribution place of the fertiliser to small-scale growers in the Sezela area, South Coast of KwaZulu-Natal.

The delegation comprised the SAFDA senior management, the Head of Department (Mr Siza Sibande) together with the officials from Department of Agriculture, Land Reform and Rural Development (DALRRD) in the province. Part of the programme for the day involved visiting two farms (a small-scale farmer and a land reform grower) in the area where the application of the fertiliser took place on their sugarcane fields.

In November 2018, during its third anniversary celebrations, SAFDA made an appeal to government to come to the rescue of small-scale (communal and land reform) farmers. SAFDA highlighted the income crisis facing small-scale farmers and indicated that limited or no ratooning (timeous fertiliser and weeding control) would result in yields dropping. In addition, it would compromise the sustainability of small to medium-scale farming enterprises thus pushing black farmers out of production. 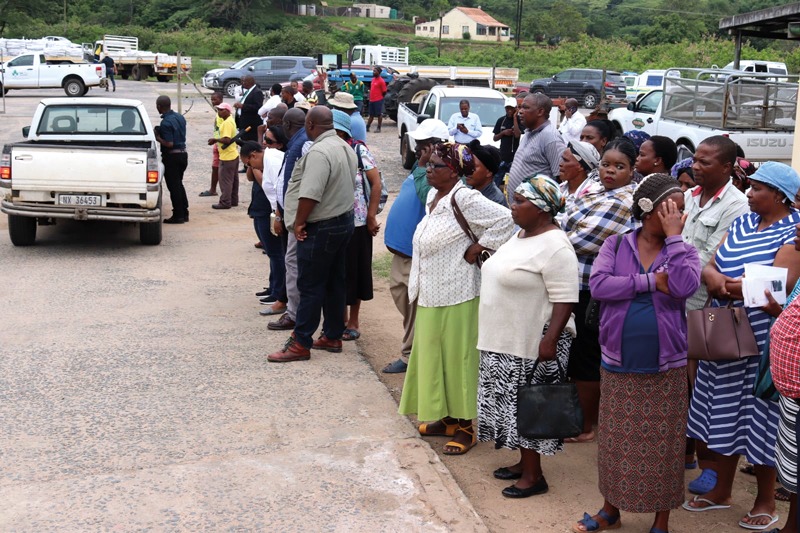 As the result of the impassioned plea, DALRRD and SAFDA entered into a Service Level Agreement to provide the critical support to black sugarcane farmers and their immediate communities. The DALRRD-SAFDA partnership has seen the crucial provision of the fertiliser to these farmers. This intervention will, among others, contribute to the increase of production yields, thus increasing profitability and sustaining existing and, in most cases, creating new jobs.